I keep forgetting that your church is not part of Rome.

When I was in Belgium recently Rev. John used something called the Book of Common Prayer and the words were so familiar I was able to recite most of it. Of course in my day all the services were in Latin and many of the congregation were not able to read. I was lucky because Dad could afford to send me to school so I can read and write. In my day there were no  schools like Coxheath and the church did not have schools like Hunton so people had to pay, if they could. 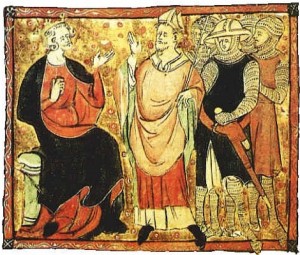 Chris tells me that it was the 8th Henry who took control of the Church after he stole all our land. It is odd because Young Henry (your Henry 11) tried to do just that in my day. His friend Becket was Archbishop of Canterbury so Henry thought it would be easy but Becket stood up for the church. Henry had written some demands called the Constitutions of Clarendon. There was a big meeting at Clarendon which is near Salisbury but Becket still refused. 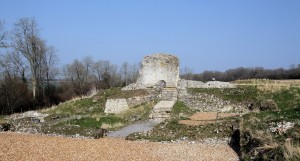 Later there was another big meeting at Northampton when Becket was accused of contempt. I was invited to this meeting as I knew both Henry and Becket. Becket still refused the King and fled in the night. We later learned that he was in France. You remember I told you about Thierry the Count of Flanders? Well Henry asked him not to let Becket live in his lands. He also asked the King of France who ignored him and Becket lived in our Abbey at Pontigny  for two years.

Oh dear! I hear the Chapel bell so I must go.

I shall try to write soon